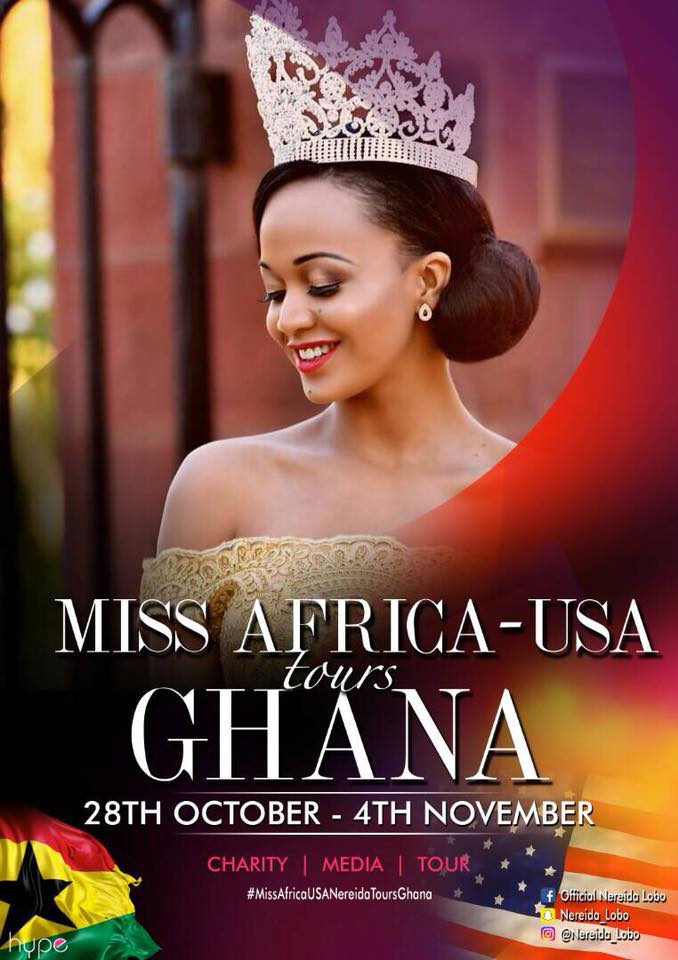 Before Crowning her Successor, Queen Nereida Lobo is headed for the great historical nation of Ghana. She has worked very hard for this mission trip and it has finally happened. She will be conducting her charity mission in several rural areas to distribute school materials and school supplies to children. These materials were donated by supporters in the United States and destined for Africa and that means America giving back to Africa through the great leadership of the Queen herself. She is working under her charity platform Little Crowns which she plans to continue the efforts even after her reign is over this November. Join us congratulate the Queen on a marvelous job she has done as Miss Africa USA. She has accomplished so much in less than 12 Months. She has impacted 4 countries when she visited Cape Verde, worked on relief efforts to support Sierra Leone during the Land Slide that killed so many people, she is in Ghana this Month and has also supported children in the United States and worked with charity organizations to help victims of Hurrican Harvey in Texas. What a great Queen she is.