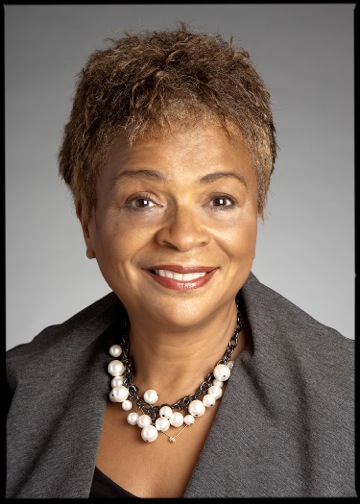 Miss Africa USA celebrating 10 years of Pageantry, 10 years of empowering young women leaders, it is a great honor to welcome on board the powerful Communications Professional, Former Editor in Chief of Essence Magazine, Diane Weathers as Judge of Miss Africa USA 2015.  She will take her seat on the panel of very highly esteemed and celebrity Judges who will be playing the most crucial part in electing the next Miss Africa USA.  Please join us on August 29 at the Fillmore Theater in Silver Spring MD, to witness for yourself this grand cultural showcase, display of beauty, brain and purpose. A great platform that uplifts women and grooms future leaders.

Diane Weathers is an accomplished communications professional with a background in magazine journalism, public affairs, media relations and higher education marketing and communications. She is currently Assistant Vice President for Communications and Marketing at Bronx Community College of the City University of New York.

Diane has spent most of her career as a consumer magazine writer and editor. This includes eight years with Newsweek in its New York headquarters and later as a correspondent in the Washington, D.C. bureau. She has had several stints with Essence Magazine, where she served as Editor in Chief from 2001-2005. Among her accomplishments was launching the magazine’s “Take Back the Music” campaign, a critical examination of the misogyny rampant in hardcore rap music. The campaign generated global media attention and led to her guest appearances on the Oprah Show and at a special Town Hall meeting televised on the Black Entertainment Network (BET).

Diane was born and raised in Brooklyn, New York and attended Syracuse University where she earned a Bachelor’s Degree in Journalism from the S.I. Newhouse School of Communication. She was appointed a Trustee of the University in 2006 and serves on the academic and student affairs committees. She enjoys fine art, travel and music. In her spare time, she continues to write and has completed her first novel. She is divorced, the mother of a 23 year old daughter, and a Miniature Schnauzer named Mos Def. She lives in New York, New York.