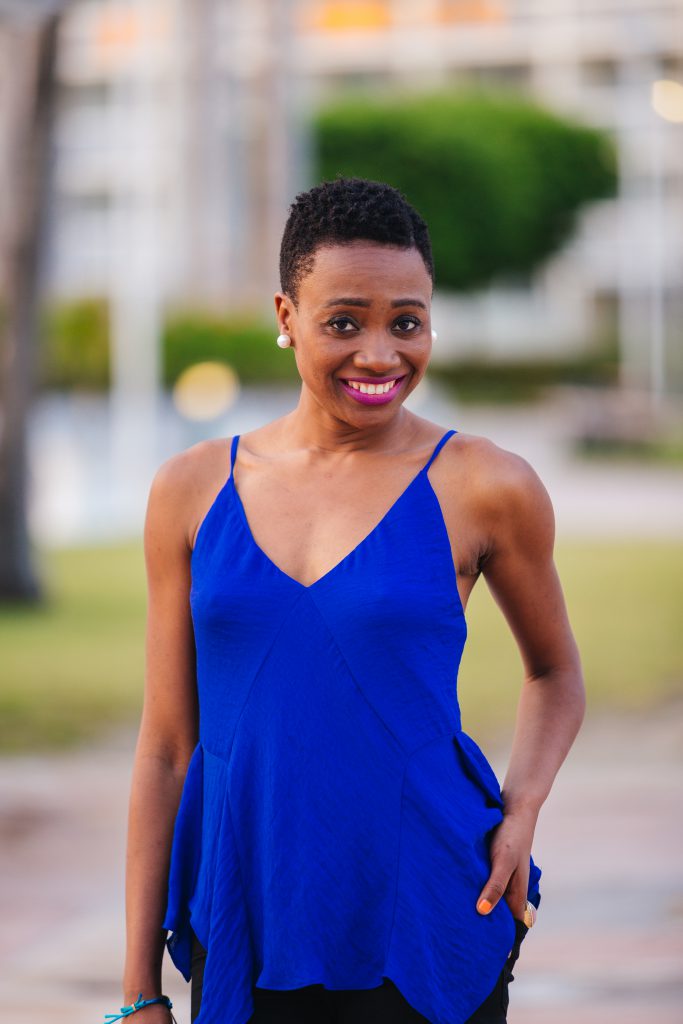 Inspired by traditional Cameroonian garments, West African fabric and New York’s vibrant fashion scene, Kibonen delved into the fashion world with ingenious ideas of producing modern interpretations of one of the most delicate and intricate hand woven traditional garments of Cameroon western highlands region, the “toghu”.

Although the pursuit of a fashion career is routinely frowned upon in Cameroon where Kibonen was born and its success deemed unfathomable, she pursued her dreams and formed a label Kibonen NY In 2013 she was nominated for Africa Fashion International’s Emerging Designer award in 2013. She’s successfully showcased her talents at Mercedes-Benz Fashion Week in New York, South Africa and had been profiled in international media. Her work was also displayed at the Smithsonian Museum of African Art in Washington, DC. To further fine-tune her fashion skills, Kibonen recently graduated from The Art Institute of New York City where she learned how to narrow down her research process and better interpret design inspiration and she obtained a degree in Fashion Design. “I learned how to give life to my inspirations, put my ideas down on paper, interact with the right audience and market my products. I learned how to take fashion to the next level.” She explains

In 2015 Kibonen NY was one of the 200 designers around the world featured in the September issue of Vogue Italia as part of their Vogue Talents 2015 Fashion Designers edit. She was later featured on the popular Humans of New York blog and its social media on which her story amassed an astonishing near 100.000 new social media followers, 500.000 comments, near 6000 shares, thousands of orders and her website eventually crashed. To top it all Blake Lively, America’s sweet heart stumbled on Kibonen’s story on her Humans of New York post and had this to say “Just read the story of@kibonen_ny –the designer of this rad jumpsuit– on @humansofny . She’s amazing and has a story to tell in her work and in her life. I love learning about hidden treasures! “

This was such a huge recognition and endorsement. Kibonen has since raised money through crowdfunding and other investing partners, and they have put together a fair trade garment manufacturing plant Made In Camer, in Bamenda Cameroon. The goal for Made In Camer is to collaborate with the biggest fashion houses in need of an ethical sourcing throughout the world in order to continuously provide jobs for the workers as well as improve their lives, empower them and alleviate poverty. Through Kibonen’s designs she aims to provide a confluence of cultures through beautifully crafted and stylish garments with a social stand.

Kibonen made History with the Oscar Award Winner and star of Disney movie “Queen of Katwe”, Lupita Nyong’o, where within a week Lupita wore Kibonen’s designs on two of the biggest TV platforms – The Ellen Degeneres show and Good Morning America during her Media tour for the new movie. These garments are all products from the Made in Camer Fair trade plant recently set up in Bamenda.