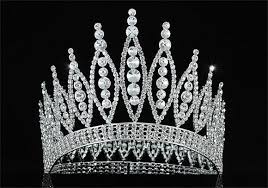 PRESS RELEASE
WASHINGTON, DC: 30 November 2020 – The reigning Miss Africa USA Sherylene Grice, African Diaspora Queens and the African Diaspora Community, Friends of Africa and goodwill sponsors have joined hands to organize a Virtual Fundraiser to benefit kids in violent conflict zones on the continent.
The virtual holiday fundraising party is scheduled to take place during a Zoom event on Saturday, December 12th, from 2PM to 5PM EST (USA); 7PM to 10PM (GMT); 8PM to 11PM CAT (Central African Time).
Lady Kate Atabong Ndi, founder of Miss Africa USA and main organizer of the event, says the event is about “men and women of all national origins, who have respect for the sanctity of kids’ lives, coming together to raise funds to put smiles on the faces of children in conflict zones during the holidays.”
Funds raised from this inaugural event of its kind will be donated to the families of children who were killed during recent violent events in Kumba, Cameroon, and to the survivors.
“We don’t want to forget anyone who needs help of any kind,” explained Queen Yayra Tamakloe, Miss Ghana USA. “Many kids who were lucky to survive are still suffering from both the physical and psychological wounds of the incidents of violence, and we must do our part as an international African community to provide whatever help we can. It means just food on the table for some, but for others it may require counseling and other mental support”.
The general public is invited to to join in celebrating the Holidays with our African Queens and the Diaspora Community through this collaborative fundraiser. The event promises to bring lots of Fun and Entertainment on top of the opportunity for exchanges and networking. “Let us come together during this holiday season and put a smile of the faces of the children’ says former Miss Cameroon USA, Nora Ndem.
The event will be featuring African Beauty Queens resident in the United States and some of them in Africa as well as Queens and title holders from Pageant systems across the United States.  Cameroonian artists Askia and Bah’Ndong will also be performing live during the event and assisting with fundraising efforts, while Celebrity DJ Selmo of Washington, DC has signed on as the event’s official deejay.
All Proceeds will benefit children in conflict zones, those who survived the Massacre in Kumba, Cameroon and families of those who lost their lives.
Official social media hashtag for the event is: #ProtectOurKids.
To register for the event, visit the Eventbrite link:Www.missafricaholidayparty.eventbrite.com
Donations via CashApp$missafricausa Donations via Paypal:missafricateam@yahoo.com
Brought To You in Collaboration with:Miss Africa USAMiss Cameroon USAMiss Africa USA InternshipBGC ManagementVoices of Children Foundation
#ProtectOurKids