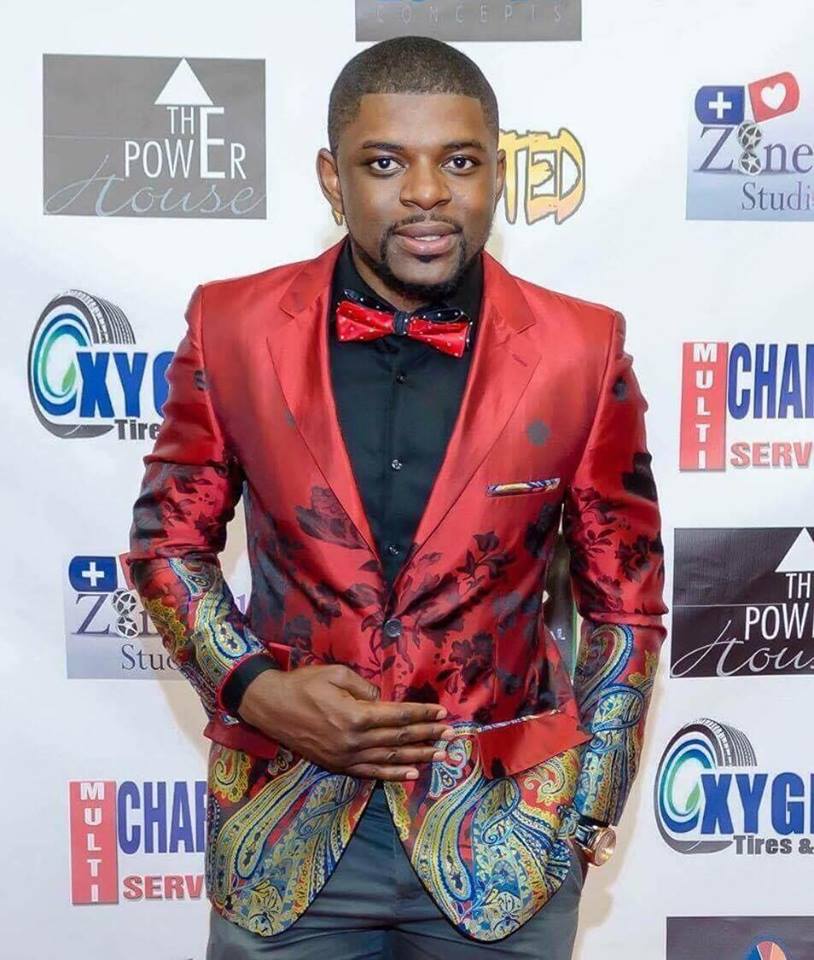 Miss Africa USA Talent Night offers a great opportunity for Contestants to express their God Given Talent as part of the Competition. Talent Night is usually very exciting and one of the most talked about segments of the Miss Africa USA Pageant. What an honor this year to have the talented and visionary Cameroonian Actor and Film Director, Kang Quintus as the Host. He Promises to keep the momentum and excitement to the build up of the final show on stage at Howard University. Miss Africa USA Organization is also very grateful to have the Talent Night at the historic Fraser Mansion, all thanks to the Staff of the Fraser Mansion in Washington DC. Please join us for a beautiful night of fun and great talent showcase. 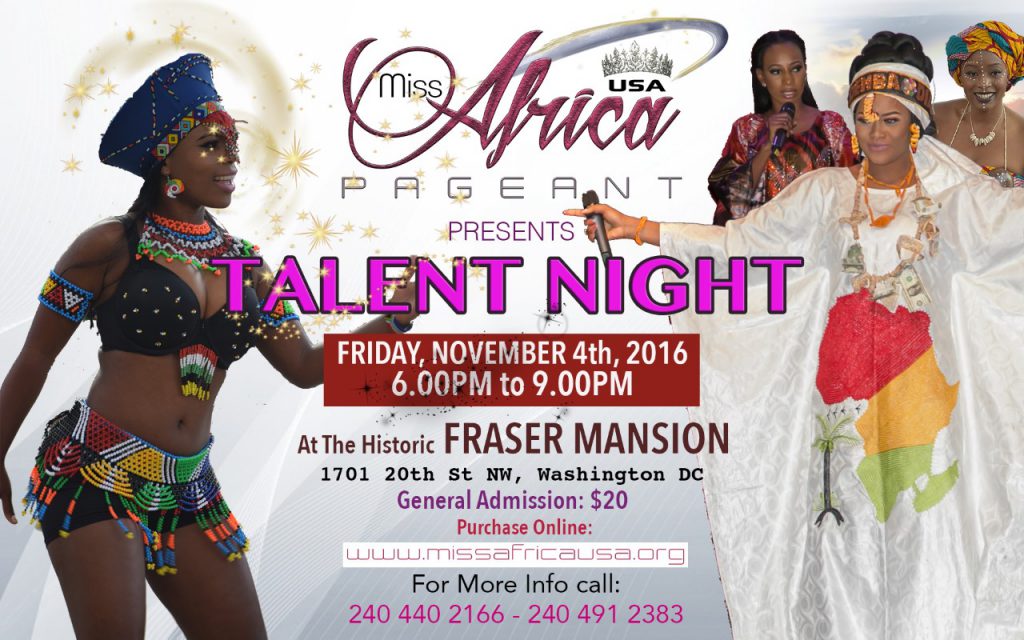 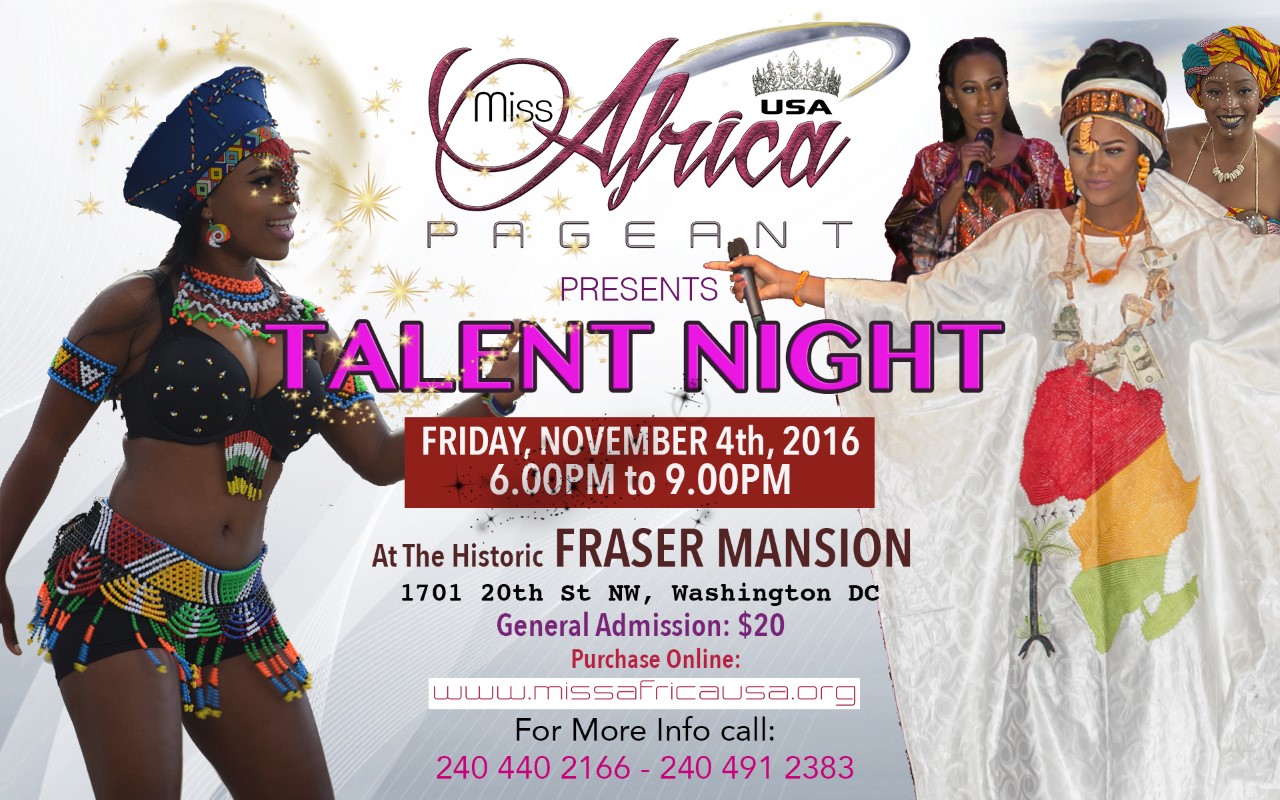 Get to know More about the Host Kang Quintus

Kang Quintus is a Cameroonian Actor and Director, often referred to by his colleagues as, a visionary and creative genius. His performance in his first major film “RETALIATION” shot on locations in Maryland and Washington DC in 2013 was mind blowing. Kang played the character of a delusional, angry and frustrated young man, who kills without pity in an attempt to seek revenge. His interpretation of this character got him nominated for Best Actor at the World Music and Independent Film Festival in Washington DC. In 2014, Kang produced the multiple award winning movie “EKEI”; a story of an African village girl who sets out on an unprecedented journey to the United States. Being caught up in the most dehumanizing and torturous circumstances, she is raped and thrown into prostitution. “EKEI” has been widely acclaimed by critics around the world and has garnered over 25 nominations so far and counting.

The movie has also been screened at many film festivals around the world, including, The African International Film Festival (AFRIFF), Cameroon International Film Festival (CAMIFF) and many more. In 2015, Kang Quintus made his Directorial debut with the movie “REJECTED”; a story of Kum, a young migrant who is diagnosed with cancer in the most powerful nation on earth. Undocumented with no social security and health insurance, he is rejected by the system and left to die.

Kang’s interpretation of the cancerous character left the mouth of viewers wide open and won the hearts of many critics around the world. Kang Quintus is one of the very few daring actors, who will pick up a character and go an extra mile to interpret it. He is also regarded as one of the greatest screenwriters of his generation. He wrote and screen-played “RETALIATION”, “EKEI” and “REJECTED” which have all been critically acclaimed. These three films combined have won over 10 awards, including; Best Actor (EKEI) at the 2015 NEGA Awards, Best Original Score (EKEI), Best Drama (EKEI) at the 2014 World Music and Independent Film Festival and Best Action (RETALIATION) at the 2015 World Music and Independent Film Festival. Aside from Acting and Directing, Kang Quintus is an Accountant and hold an MBA in Accounting and Finance. He is currently a Doctorate fellow at the University of Maryland.